Showing posts from November, 2020
Show All

COLUMN | The TRRC: Does the Orthodox Criminalisation of Coup D’tats Require a Rethink? 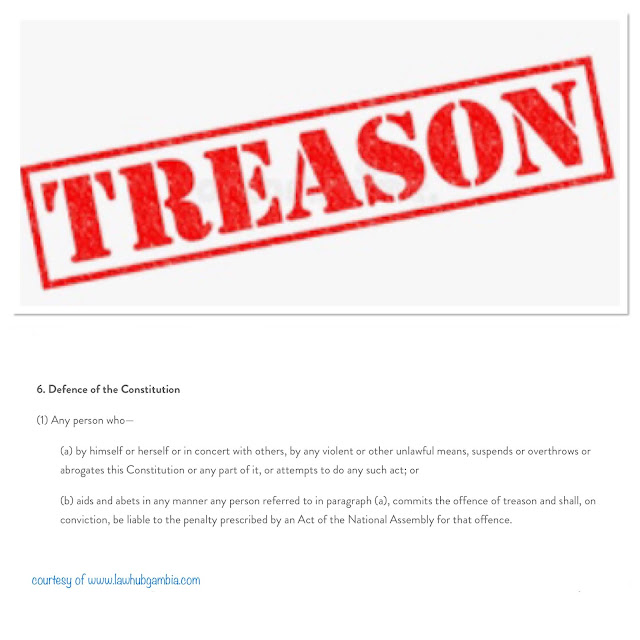 By Pa Louis Sambou   Commissioned to “ create an impartial historical record of violations and abuses of human rights from July 1994 to January 2017..., establish and make known the fate or whereabouts of disappeared victims, provide victims an opportunity to relate their own accounts of the violations and abuses suffered and, grant reparations to victims...”,  the Truth Reconciliation and Reparation Commission (TRRC) carries an enormously heavy burden on its shoulders. With a duty so fundamentally salient, it isn’t controversial at all to say that it is one which must be discharged with due care and skill and with a degree of moderation which doesn’t give the impression of a deviation from the TRRC’s raison d’être — whether perceived or real. It’ll be hard to disagree that the TRRC’s reaffirmation of the orthodox briefed wisdom in relation to Coup d’tats is in harmonious sync with this statutory duty and expectation. However, this isn’t to say that such orthodoxy isn’t due a rethink o
Post a Comment
Read more

COLUMN | ‘Diaspora will Get the Vote’ says IEC: Is This A Slam Dunk? 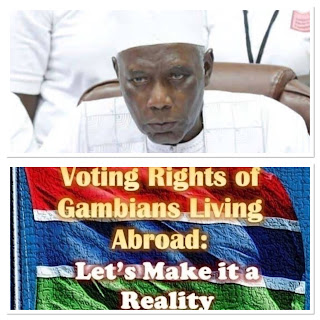 By Pa Louis Sambou   I can imagine very few people being opposed to Diaspora enfranchisement, something which appeared to have been a dirty word in the vocabulary of the previous government. With the current administration, hooray here it comes! Is this really the case or, perhaps naïve optimism? Given the circumstances, I guess it’s safe to assume that the answer lies somewhere in-between.    The Diaspora in 2016 accounted for over  22% of The Gambia’s GDP  which in cash terms is reported to be  $205.6 million and steadily rising to $226.7 million in 2017, $277.9 million in 2018 and $318.5 million in 2019 . The economic contribution of this ‘off-shore’ citizenry dwarfs that of key sectors such as  Agriculture, Industry  and even  Tourism  all of which individually account for much less. In light of these facts one could reasonably argue that the economic case for Diaspora enfranchisement is made out, something which convincingly diminishes the ‘lack of funds’ argument by the powers
Post a Comment
Read more
More posts