Showing posts with the label History
Show All

History| Jihad Of The Pen: Inside Sheick Amadou Bamba’s Legacy 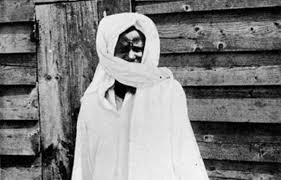 By Sheriff Saidykhan   Educator, Philosopher, Revolutionary, Sheick Amadou Bamba was/is regarded as one of the founding pioneers of Islam in West Africa. His times and era were during the period when modernity, and race for wealth was beginning to impinge on the lives of Muslims by the French in Senegal, West Africa.  Revered by many as one of the greatest Saint's in Africa. He was born in 1853 in the village of Mbackè Baol. His parents; Morr Anta Sall and Mam Jarra Busso were all Islamic scholars. Mamine Mahram Mbackè, his grandfather was the founder of Mbackè. His father was a Qadi and also a Fiqh adviser.  He is widely credited for establishing a linked with the Muslims in southern Mauritania.  His mother, who taught him the early education of Islamic knowledge, also played an important role by exposing and teaching him the thematic areas of “Nahw”Arabic grammar, “Sarf” morphology and “Balàgha” rhetoric.  Plus telling him the stories of the Prophets.  His umcle Muhammed Bu
Post a Comment
Read more
More posts