Opinion| Adieu Pa Modou Faal: A man of peace in a world of evil 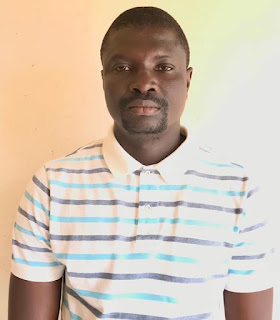 When people of great virtures left the face of the earth, many people reminded themselves of the indelible footprints they left behind as a recollection of daily reminder for admiration at all times.

He was a cool collected journalist. Loved by his colleaques for his ardent fight for media freedom during the ruthless dictatorship of former president Jammeh.

A graet humanist and a strong desciple of Allah has left us too soon. The many good deeds of Pa Modou, cannot be chronicle in one book.

One of the fascinating things about Pa was that, every morning after the Fajr prayers at the Masjid. He will hold a prayer beat to be in the remembrance of Allah, by calling his great names on his way to work.

A brother, father, colleaque and a figure of the enlightment. Pa, has contributed his immense quotas towards the develpoment of the country.

Pa Modou, was a graet humanitarian. His loved for humanity was undoubtedly acknowledged by all and sundry.

He was a man of tolerance, and a peace maker! A hope for the old and the young! During his lifetime, Pa, is seen everywhere wearing a smiled.

He periodically walked around the town, by showing respect to the young ones and the elderly people.

He founded the Association of Health Journalist, whilst working at the Ministry of Health under the Communications department.

The Association has helped many journalists’ towards forging ties with Health officials, to enabled them have access to information on Health related.

He rendered a selfless service to young jounalists across the country, by motivating them to be active on their toes; towards buliding their various niche.

The cold hands of death took you away from us in the prime of your life. We pray for Allah to shower his family with protection, and the ability to endure the loss of the graet man who refused to be attracted by the evils of the world only to dedicate his entire life to Allah and humanity.