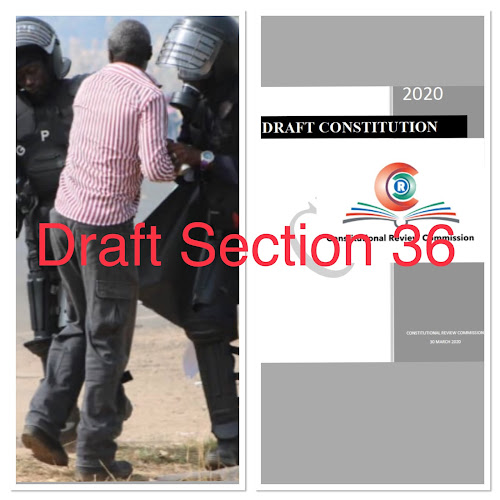 By Pa Louis Sambou Just when one thinks that all bad news is exhausted, more and more nasty surprises keep emerging from the horizon. One would have expected the media and press fraternity likewise Gambian civil society to promptly zone in on this one but, approval of the draft Constitution by the latter (and passive endorsement cum apathy with respect to it by the former) suggests that they perhaps have not taken notice of what is an extremely concerning provision in the draft Constitution. I speak of section 36 of course which is a completely unprecedented constitutional concept in our jurisdiction. Section 36, effectively states that the State can restrict and limit the exercise of any fundamental human right (except for 3 out of the 31 specific rights under part two of the draft) as long as the State passes a law for such purposes. Without any doubt, such a broad-brush provision, or anything similar to or akin to it does not exists in either the abrogated 1970 Constitution or the c
Post a Comment
Read more 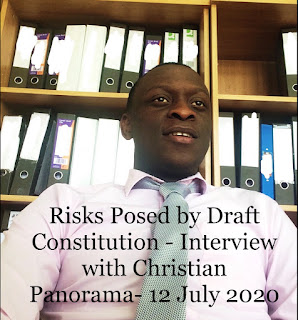 COLUMN | Tambadu Bows Out: A Safe Pair of Hands or a Mis-sell? 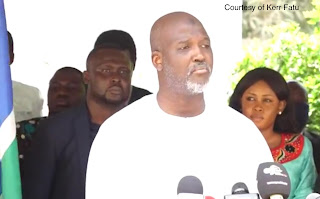 By Pa Louis Sambou    I am sure very few would have predicted such high-profile resignation this close into election year.  Given the circumstances surrounding the myriad of ‘pies’ under the custodianship of Ba Tambadu’s brief, I doubt his resignation would have conferred any favours to the health of such matters. The same can certainly not be said of our ‘Bus driver’; it’s often said that assumptions are the mothers of all cockups but, with this one, it’s a safe bet - one can safely assume that the resignation was one which President Adama Barrow received with incandescent joy. One gets the impression that Ba Tambadu isn’t really signed up to the  lousy white horse  stuff or, if he is, he’s probably an NPP ‘heretic’ so, I doubt his resignation is in any way a blow to President Barrow personally, politically or at all as some commentators opined. A fair assessment of the short but colourful time in office of Ba Tambadu as Attorney General is one which must take into account not just
Post a Comment
Read more

COLUMN | The Case for Sensible Reform Without the Toxic Draft

- May 14, 2020
By Pa Louis Sambou  Not even the bookies could have predicted how events turned out. The snap ambush laid dressed in white winter gear in anticipation that the snow-white terrain will last the skirmish but, low and behold, the heavens rained cats and dogs, melted away the cover and spectacularly gave the position away. The elite smelt blood but, it appears it was a false start after all. It is said that the ‘bus driver’ is a poor navigator but, I doubt the same could be said of his sense of smell for ‘treachery’. Well, it is often said that it takes one to know another. The ‘bus driver’ has of course not committed any treachery in recent times, has he? The ‘incompetence’ label often attributed to President Barrow appears to give opponents and on-takers an unrealistic sense of leverage and strength; I suppose this is a strength in disguise thanks to which  the ‘Coalition partnership’ and his ‘political god father’ were unexpectedly seen off without a fight. One would have thought
Post a Comment
Read more

COLUMN | Is the Recent SSHFC Episode a Case for Meaningful Public Service Reform?

- May 11, 2020
By Pa Louis Sambou The recent Executive engineered movement of human resources assets within the Civil Service would certainly not have been the first of its kind, the methodology and craft are textbook Yaya Jammeh modus operandi. But, served cold with passive Barrow guile rather than bombastic Jammeh ‘candour’. Repeating a failed tactic is total madness but indulging it is, I’m afraid a dead wish. We indulge this at our peril. ‘President redeploys SSHFC MD to Senegalo Gambia Secretariat, appoints new MD’. Imagine waking up from a coma to such headline, one would assume that Jammeh has returned to power in the hours of their unconsciousness. In reality however, this assumption won’t be far from reality at all because there is hardly any transformation to what is, today in 2020 from what was, in the previous republic. It is interesting how the popular letter ‘o’ word has all of a sudden evaporated from the vocabulary of the political Executive; we were promised an ‘overhaul’ of w
2 comments
Read more

COLUMN | The Finalised Draft Constitution: A Long Overdue Lifeline or A Deadly Sinker?

- April 06, 2020
By Pa Louis Sambou  Any informed examination of a final outcome or return of any task must first identify the objectives which were set by the mandate for the given task and then match the final presentation against such objectives. Any determination not based on this objective principle can be justifiably written off as, at best an ill-informed opinion. I am no exception to this credibility threshold. Therefore, in my assessment of the subject matter, I shall restrain myself within the boundaries of sound objective reasoning [as if my life depends on it] based on the available facts and not my biased corruptible opinion.  Now, detailing the circumstances which necessitated the need for a review of the existing Constitution and the assignment given to such review body (The Constitutional Review Commission (CRC)) is perhaps a logical place to kick things off from I would imagine. The current Constitution, as an intended instrument for a progressive republic presents a numb
Post a Comment
Read more

- March 31, 2020
By Pa Louis Sambou (first published 24-Nov-19) In light of the heated debate which has been prompted by the omission of the word “secular” from the draft Constitution by the Constitutional Review Commission (CRC), I feel obliged to share my thoughts on the subject matter. In this regard, I will very briefly address three salient fundamental questions: 1.       What does it mean to be a “secular republic”? 2.       Should the absence of the word “secular” be a cause for concern? 3.       What’s the way forward? What does it mean to be a “secular republic”? Secularism in literal sense means “…the principle of the separation of government institutions and persons  mandated to represent the state  from religious institution and religious dignitaries…” Effectively, it is the separation of State and religion.  Contrary to what’s being spread in certain quarters, Secularism does not threaten or undermine the practice of one’s religion at all. As a matter of fac
Post a Comment
Read more
More posts