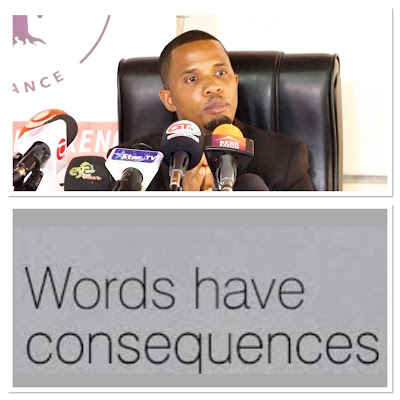 In a press conference held or broadcast on Friday 15th January 2021 which was widely reported by several media outlets, your party leader and flag bearer Dr Ismaila Ceesay expressed your party’s concerns and frustration in respect of matters surrounding the Independent Electoral Commission (IEC) in the context of the forthcoming Presidential elections. It is fair to say that most of the concerns raised are mutual with the vast majority of the Gambian public and possibly non-Gambian observers. Your tenacity in holding the IEC accountable is commendable and it is the right thing to do.

You are absolutely right to emphasise and remind the IEC of its constitutional duty as the regulator and convening authority for all publicly mandated elections. Against the backdrop of what seems a very disorganised, ill-prepared IEC and an incumbent which increasingly gives the impression that it wishes to exploit such vulnerability, your party leader’s message could not have come at a better time.

You won’t find me disagreeing with any of the above and in actual fact, I do not. However, I cannot say the same of the tactics employed alongside. In fact, no peace-loving citizen could.

In the process of making a very strong case on an extremely salient point, your party leader did not cover himself in glory in the tactics employed delivering what is otherwise a very legitimate publication: the need for the IEC to exercise reasonable care and skill to ensure free, fair and transparent Presidential elections in December 2021. The use of references which denote violence was rather unfortunate. Additionally, it undermined the essence and thrust of the message.

I hope you would agree with me that references which denote the use of violence whether subtle or otherwise do not have a place in political discourse of whatsoever nature and on whatsoever platform. The relevance of this is of course in relation to a particular statement during the said press conference by your party leader which reads:

“What is important for us as a party and as citizens is that elections are no jokes. They are life and death issues.”

I hope you would agree with me that contrary to the above, elections are not a matter of “life and death”, multi party democracy is not warfare or a skirmish and, no citizen participates in a democratic process with the intention of losing one’s life or taking another’s life. It is very dangerous to suggest or even hint otherwise.

Your party leader comes across as a very intelligent person and an effective communicator and, it is therefore indisputable that he understands the effect and velocity of language and words and their effect. It is, in this light therefore reasonable that it must have occurred to him at the material time that his statement denotes the use of violence or is one which could be construed in that light; it may well have been a slip of the tongue or simply an unintentional use of poor choice of words. If the latter was the case, the appropriate thing would have been to retract or clarify the fact in the absence of which the sole alternative would leave the public no choice but to construe the former to be the case as subtly intended.

I am sure I do not need to offer any lectures as to the potential consequences of such. I would not patronise you — that is certainly not the intention of my solemn but humble caution. All I would hint is that words have consequences.

Just like the IEC has a responsibility to guard against conduct or omission which is not conducive to the public good in respect of their publicly charged duties, political parties as privileged stakeholders in the electoral process have a responsibility to conduct their affairs in a manner which does not harm or injure the safety, interests and welfare of the people in whose interest they seek public office. Citizens’ Alliance is no exception to this and, I hope you will exercise more restraint in your use of language especially on matters around highly charged subjects such as elections.

I will be the first to concede that the adversarial nature of multi party politics and elections are such that it isn’t reasonable to always expect stakeholders in the process to always conduct themselves with as much grace as would be ordinarily expected. However, this is not to say that lapses should be given a pass especially on a matter with such delicate sensitivity.

I trust and hope that your party would do the dutifully responsible and retract or clarify the statements and be more guarded in their use of language in future.