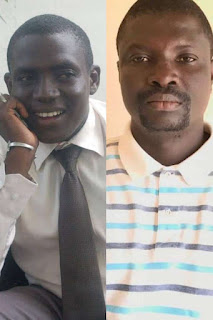 “A very devastating news to hear the demise of our two colleagues and brothers. Pa Modou served the GPU in several boards including the Sheriff Bojang jnr executive. I pray to Allah to grant them Jannah. My condolences to everyone in the media fraternity and the families as well” he decried.

This medium has reliably been informed that the late Pa Modou Faal, will be laid to rest today at 5pm in Lamin.