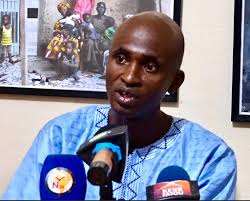 A group dubbed JusticeFor66+ Campaign seeking justice for the Acute Kidney Injury (AKI) child victims have demanded an apology from Dr. Anna Jammeh, a senior health officer at the Ministry of health.

Readers could recalled that, the recent comments from Dr. Anna Jammeh in a Standard newspaper saying victims are not cooperating with AKI investigators from the Ministry of health.

The group said in a statement: “We wish to therefore demand Dr. Anna Jammeh to withdraw her false and insensitive comments and apologize to victims,” the statement said.

The group described the false allegations as misleading, in order to hide the truth and dodge away from justice and accountability.

The group is fully concerned that the attempt to undermine investigations is now directed at attacking grieving parents who have no reason whatsoever to refuse to cooperate with investigators.

We the victims' families hereby totally refute these claims by Dr. Anna Jammeh as false and malicious.  These unfounded claims by Dr. Jammeh are once again part of the series of attempts by officials of the Ministry of Health to divert and distort the issue of AKI in order to mislead the public and prevent justice and accountability,” the statement added.