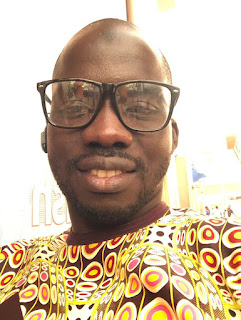 Amid the increasing land grabbing for gardening, cash cropping, which is threatening the traditional livestock production system. It is against this backdrop that the Gambian Environmentalist Modou Sowe, has urged the Department of Livestock Services (DLS) to gazette the demarcated stock routes and grazelands in the country.

In an interview with The Outpost Media, Sowe, pointed out that the protection of livestock routes and grazing lands is highly necessary, however, he also said that it is equally significant for herdsmen to start modernizing production.

“We need to shift from extensive to intensive, from subsistence to commercialized livestock production, and from ageing farmers to youth farmers. Since independence,  the Gambia government and its development partners like FAO, IFAD, and Action Aid International have mapped, marked and demarcated numerous lands for stock routes and grazelands throughout the country and are still demarcating more lands for such purposes. Some of the demarcated lands have boreholes on them or sometimes lead to drinking points.

Recently, we have seen conflicts between crop farmers and herdsmen in the struggle for productive agricultural lands. Crop farmers will sometimes encroach on the stock routes to expand their farms and sometimes is the other way around as livestock escape or are deliberately allowed to go astray to feed on the crops of farmers. These types of conflicts are on the increase and the demarcation of lands only is not the solution,” said Modou Sowe.

The environmentalist has further called for a new paradigm shift on land demarcation to the rural areas, whilst urging the government and its donor partners to gazette all livestock routes and grazelands geared towards promoting livestock production.

“It is time for us to ignore the “Kombos” and concentrate on the “Fonis” and North Bank Region towards the Upper River Region. Where stakeholders like Gambia Government, FAO, IFAD, DLS, and NaLOA should come together and gazette all livestock routes and grazelands as lands of the state where no individual can claim the lands for any other operations other than livestock production. This is the only way out to prevent all the billions of Dalasis used in the establishment of stock routes by government projects with their development partners. The lands identified are owned by the communities and the same communities can claim to remove the stock routes for other uses. Gazetting the lands will protect the lands for the herdsmen and promote livestock production,” he said.

He added: “For the livestock farmers especially in the Kombos, it is time for us to start thinking about innovation. The future is an intensive system of production or no production at all. We can be called a modern country if our cars are to stop for herds to cross on the main highways within the capital city. We have to learn from farm models like Kombo dairy farms, EJ Farms, and the Tujereng Dairy farm. These farms are more productive than our extensive farms therefore it is worthy of learning and adopting their models,” he concluded.