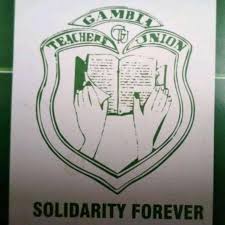 Teachers across the country have for the past years decried the low income wages, blaming the government for its lack of support to help mitigate their growing challenges. It is against this backdrop that teachers have today embarked on a nationwide sit-down strike demanding better wages.

Lamin Jammeh, a senior teacher at Biriwama Upper Basic school said teachers are facing numerous challenges, chief among which is the poor working conditions. This, he added, has been the government's lack of responsibility to help motivate teachers.

“Teachers in the country are struggling for decades without any consideration from the government, especially the provincial teachers who are working under serious weather conditions. All that we hear from the government is that the work they are doing is part of the national development plan. Looking at the recent strike by the teachers which is the responsibility of the government, how can they promise to increase the salaries by 30% and of adding only 15%,” he argued.

Nfamara Kanteh, a senior teacher at the Old Yundum Upper and Senior Secondary School equally spoke on the challenges of teachers, saying many teachers do not get promotion in their entire careers.

“One of the problems is the promotion of teachers. You will see a teacher serving 15 years in the field without being promoted,” he said.

He added: “What needs to be done is the government to change the condition of the teachers, paid their allowances, motivate, create special salary scale for them because our job is not easy at all, someone who take control of different people from different family backgrounds and at the end of the day you are paying him chicken change that is not fair” he concluded.